Skip to content
Google Map Something went wrong while retrieving your map.

The Rev. Martin Luther King Jr. addresses a crowd from the steps of the Lincoln Memorial, where he delivered his famous “I Have a Dream” speech during the Aug. 28, 1963, march on Washington, D.C. Photo courtesy of Creative Commons(RNS) — During the 1970s, most of the leaders in the environmental movement were white. Most were also male, privileged people who lived and vacationed in privileged places. There were a few older people present, but most who organized and spoke at those early Earth Day events were young and able-bodied. They took off their shoes and danced on the grass while dreaming about new, clean technology and Ecotopia.

The modern, more inclusive movement for environmental justice began to develop during the 1980s. It developed from the experience of African-Americans, Hispanics, Native Americans, low-income whites and other groups, all of them at the bottom of the social pyramid. 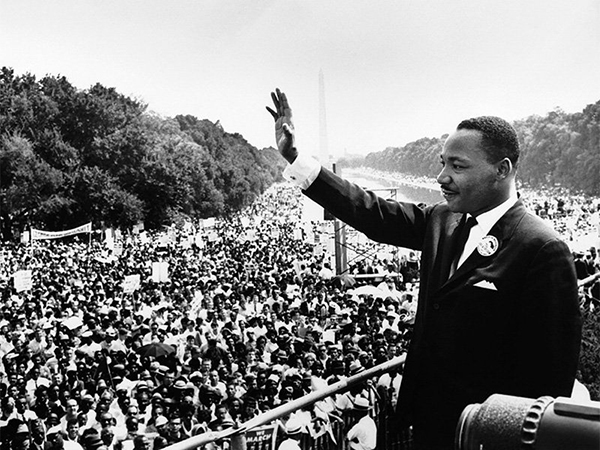 These are the people who often live with high levels of pollution in their neighborhoods. They frequently lack access to decent schools and medical care. They do much of the dangerous and difficult work that supports modern civilization. And they’re the people who have often been ignored by environmentalists — inside and outside government.

Earth Day — which falls on Sunday (April 22) this year — must embrace those the movement has often forgotten. Environmental justice must rest at the core of its mission.

The Book of Exodus introduces one of the oldest and best of the environmental justice stories, and it’s a story that was much loved and often cited by the Rev. Martin Luther King Jr. He drew on it as he organized his Poor People’s Campaign in the months before his death. And King’s final speech, the day before he was assassinated in Memphis, Tenn. — where he went to support striking sanitation workers — was filled with references to the difficult journey out of Egypt.

His audience knew about the 10 plagues of Egypt and the confrontations with Pharaoh. Many brought their Bibles to hear him speak. In his last minutes of his speech at Mason Temple, King proclaimed that he had been to the mountaintop. “I’ve seen the Promised Land. I may not get there with you. But I want you to know tonight that we, as a people, will get to the Promised Land.”

Why is the story of the Exodus so important for environmental justice activists?

According to the Bible, ancient Egypt was an attractive place, wealthy and sophisticated, and the people who owned and managed it knew how to enjoy life. When there was a famine in Canaan, Jacob and his sons moved to Egypt, where the family was reunited with youngest brother, Joseph. Joseph had prospered there, and the immigrants were welcomed.

However, the Bible recounts: “There arose a new king over Egypt, who knew not Joseph.” The new ruler worried about the increase in the immigrant Hebrew population and about homeland security. Pharaoh experimented with genocide, an old strategy for population control.

Pharaoh told the midwives: Kill all the male Hebrew babies. The midwives refused in the first act of civil disobedience that’s emphatically endorsed in the Bible. The Hebrew baby Moses was placed in a basket and, ironically, rescued by the daughter of Pharaoh. She showed compassion for the child, and then her name became Bat-Yah, “Daughter of God.”

A series of environmental disasters took place. The Nile River turned red and there was darkness for three days. Acts of God destroyed ancient Egypt. The lesson Exodus teaches: Pharaoh’s government failed because it oppressed the poor and the marginalized.

The poor have been told to consume less energy, use less water, consume less food, have fewer babies and move out of flood plains and other endangered areas. How this will happen is never explained. If 10 million people leave Florida, Texas, North Carolina and other coastal states, where will they live? How will they live? The poor and marginalized are an afterthought in too many environmentalists’ discussions about how to slow climate change.

Martin Luther King Jr. wasn’t present for the 1970 Earth Day, and he was seldom mentioned. But let us aim, for the event’s 50th anniversary, two years from now, for an environmental movement that draws on King’s wisdom — and the lessons of Exodus.

The Rev. Robert F. Murphy is the Unitarian Universalist minister in Tarpon Springs, Fla., and the recipient of the Sierra Club’s Special Service Award for his environmental justice ministry.